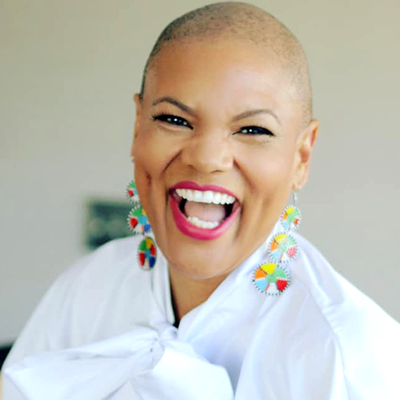 Fee King (Fylicia Renee King) was born and raised in Omaha, NE, the oldest of two girls raised by her single mother. She lived and worked in Los Angeles as a writer/blogger and performer for nearly nineteen years.

She has appeared in a co-starring role on The Shield, in a recurring role on The Bold & the Beautiful soap opera, in the critically acclaimed indie film Cryptz, in several independent short films, in 12 stage plays, in promos for Lifetime and MTV, and in numerous regional and national TV commercials.

As a writer and producer, Fee created a children’s e-magazine fitness lifestyle show called D- Street starring and executive produced by actor Josh Duhamel (NBC’s Las Vegas, Win a Date with Tad Hamilton, and The Transformers).  Fee has worked as a celebrity personal trainer and massage therapist to the likes of:

Some of her other credits as a writer and executive producer are DatingAdvice411 (Youtube host/co-host formatted online show).